In September 2020 Nolato made the largest ever acquisition in its 82-year history, when North American GW Plastics became part of the Nolato Group.

GW Plastics, which has been renamed Nolato GW, provides Nolato with a strong position on the North American continent, with significant volumes and resources primarily in the Medical Solutions business area.

“This acquisition gives us excellent growth opportunities on that market, and it also strengthens existing core customer relations owing to the significant increase in Nolato’s resources as a result of this investment,” explains Nolato President and CEO Christer Wahlquist.

“Following this acquisition Nolato has a solid global position on what for us are the three key continents of Asia, Europe and North America.”

GW Plastics was founded in 1955 and, through its own organic growth, has established a position as an industry leader specializing in complex injection-molded thermoplastic and silicone with a significant degree of innovation, cutting-edge engineering know-how and a high-tech standardized global manufacturing platform.

The company has operations in seven locations in the US, Mexico, China and Ireland. It is headquartered in Bethel, Vermont, in the Northeastern United States close to the border with Canada. The organization has around 1,100 employees.

The company has been under the same ownership since 1983 and its management remains unchanged after the takeover by Nolato. Its customers include a raft of leading businesses, primarily in pharmaceuticals and medical technology, as well as automotive industry operators.

“GW Plastics is a well-managed, well-invested company that is a great fit with our corporate culture,” says Christer Wahlquist. “The company has cutting-edge engineering know-how, which together with its size and geographic presence is a perfect addition to Nolato’s business. The acquisition creates significant opportunities for market synergies over time.”

A lot in common with Nolato

“Our new addition, which we have renamed Nolato GW, has a lot in common with Nolato,” explains Christer Wahlquist. “It’s structured around small, independent units that come under a single umbrella, but with their own technical and commercial responsibility.

“They are currently being integrated into our organization at the same level as other Nolato units and, as part of One Nolato, they will be important elements of our combined customer offering.”

A lot of the production takes place in cleanrooms. Nolato GW has 11 cleanrooms in total, with 50,000 square meters of controlled-environment production space.

Like the rest of Nolato, Nolato GW offers a single-source solution, which means customers have one point of contact for help with their product from the concept stage to high-volume production and often beyond. 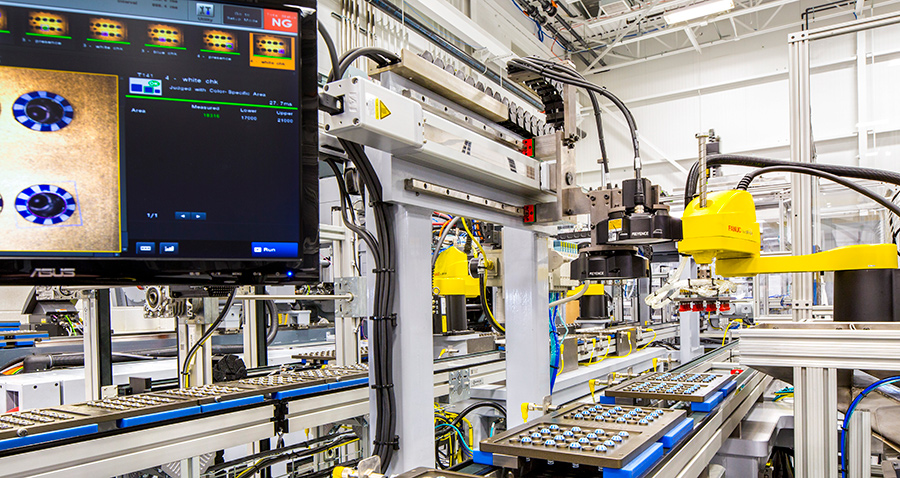 The new units have a high-tech standardized manufacturing platform

“Nolato GW is a world-leading specialist in scientific injection molding, which is a method to ensure consistent quality and precision regardless of when and where the injection molding takes place,” explains Johan Iveberg, President of the Medical Solutions business area.

“In very simple terms, you avoid variations in the production process by removing the ‘craftsmanship’ from injection molding and making it a science instead, based on data and physical conditions. This ensures repeatability in the process, enabling the same results to be achieved every time.”

A particular feature of scientific molding is that molds are validated in specially adapted departments rather than as part of production. These departments check that all new or transferred molds satisfy all the required parameters.

“All our units are highly automated, including in lower-wage countries such as Mexico and China,” notes Brenan Riehl, Managing Director of Nolato GW. “Our aim to eliminate defects also includes minimizing manual work, which requires training of personnel, innovative solutions and smart investment.”

Looking after personnel is consequently a strong feature of Nolato GW’s corporate culture, and efforts are made to foster close, long-term relationships with employees, including through extensive employee benefits such as health and dental care, insurance and good pension plans.

“Our production units are often in sparsely populated areas, which makes it really important to retain and care for the employees we train,” says Brenan Riehl. “So we also prioritize small but significant gestures such as recognizing the service of longstanding employees by placing notices in local newspapers and organizing get-togethers and small gifts, such as local gift vouchers.”

And employees stay with the company; the average period of service in management is 20 years, for office-based staff it’s 10 years, while for production personnel it’s 8 years. That final figure in particular is unusually long in an industry that operates 24 hours a day, seven days a week.

And in keeping with the rest of Nolato, environmental considerations are an important area for Nolato GW and always has been.

“We take our environmental responsibility very seriously,” says Brenan Riehl. “The company started out in Vermont, which is often referred to as The Green Mountain State, and still has several units there. Since Vermont is such a picturesque state, it’s only natural that as people working in this environment we want to engage with all aspects of sustainability.”

Bolstered by the new resources in the US, China, Mexico and Ireland, Nolato is now forging ahead.

“The fact that GW in many ways has a similar corporate culture and values to us has been important for both sides of the acquisition,” notes Christer Wahlquist. “The acquisition is a game-changer for us that will play a major role in our continued development.”