A number of Nolato units are expanding to create new, efficient production space and boost capacity for forthcoming projects.

In Mosonmagyaróvár, western Hungary, around 20 km from the border with Austria and just off the motorway between Vienna and Budapest, is one of Nolato’s largest production units in Europe, employing over 700 people.

Nolato has been present in Hungary for over 20 years and the Mosonmagyaróvár plant has been continually developed over that time. “We’re now expanding for the fourth time in nine years,” explains Bart Nolden, Head of Production and Technology at Nolato Hungary. “The major extension that we built in 2018 is already at full capacity, so we are now adding 12,000 square meters to make room for future medtech and industrial projects. 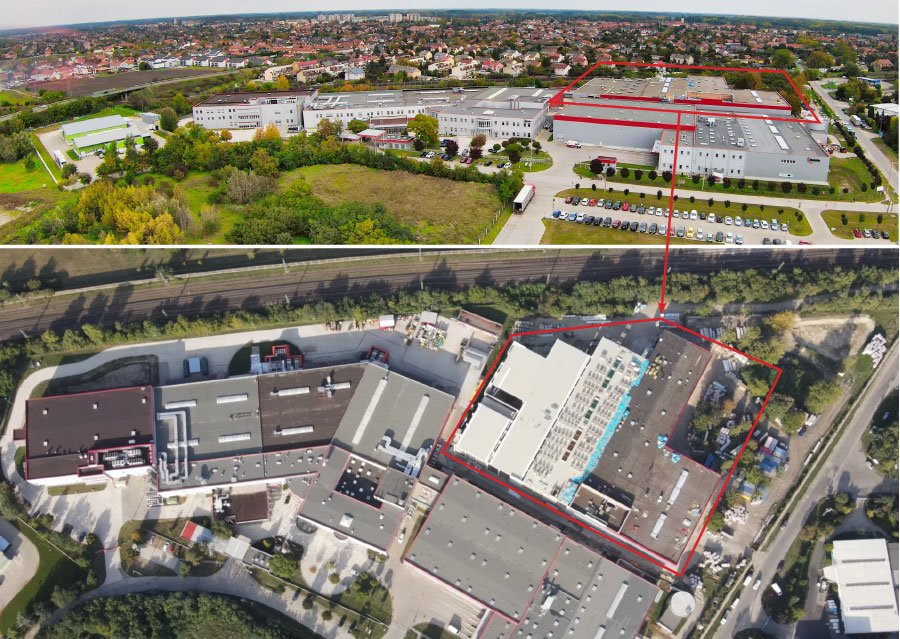 “We’ll also be bringing in the EMC production that Nolato Silikonteknik currently has in the neighboring city of Györ to give them better potential to grow. That will include a cleanroom for their production for automotive customers,” adds Bart. Following the expansion, Nolato Hungary will comprise a total area of 33,000 square meters.

Nolato’s Polish unit, based in the northern Polish town of Stargard, is planning a 4,000 square-meter extension for a new medical cleanroom.

Nolato Cerbo in Trollhättan is building a new warehouse next to its existing production plant. The new storage facility frees up 2,500 square meters of production area in the existing spaces, which is needed for forthcoming projects. The warehouse is expected to be completed by summer 2022.

Nolato GW Dongguan has boosted its medical production resources by building new cleanroom capacity for medtech customers. Nolato GW Dongguan became part of the Group with the acquisition of GW Plastics in 2020.

Nolato has had a production unit in Baldwin in the Midwest state of Wisconsin since 2010. It was extended in 2018 and now requires further expansion.

“We’re now adding another 6,500 square meters to the plant, due for completion by spring 2022,” explains Jonathan Baker, Key Account Manager at Nolato Contour.   “The new area will be used for production, including in cleanrooms, as well as for support systems and warehousing,” adds Jonathan. Not all of the cleanrooms are being fitted out initially and will be on standby for the anticipated increased need for cleanroom space, particularly for greater volumes of medtech products.

Nolato Treff, based in Degersheim in eastern Switzerland, has expanded its production facility by 3,750 square meters for industrial and medical production.

“All current space is at full capacity and we needed the room for new projects,” explains Guido Vollrath, Managing Director of Nolato Treff.

Our customer offering spans the entire value chain, from concept development to high-volume production and beyond. When you choose us as your partner, we create added value through cutting-edge technology, extensive expertise in development and design, advanced project management and highly efficient production. There is an emphasis on sustainable development at all stages of the process.
Explore

Proximity is always key, both for us and our customers. Not only in terms of logistics, but also to create efficient lines of communication and enable quick decisions.
Explore

Nolato offers a wide range of services to support your business

Our services cover the entire spectrum of working with, around and beyond polymer-based materials. By combining expertise and state-of-the-art technology, we deliver high-quality, time-sensitive, high-precision and competitive solutions for you and your end users.
Explore